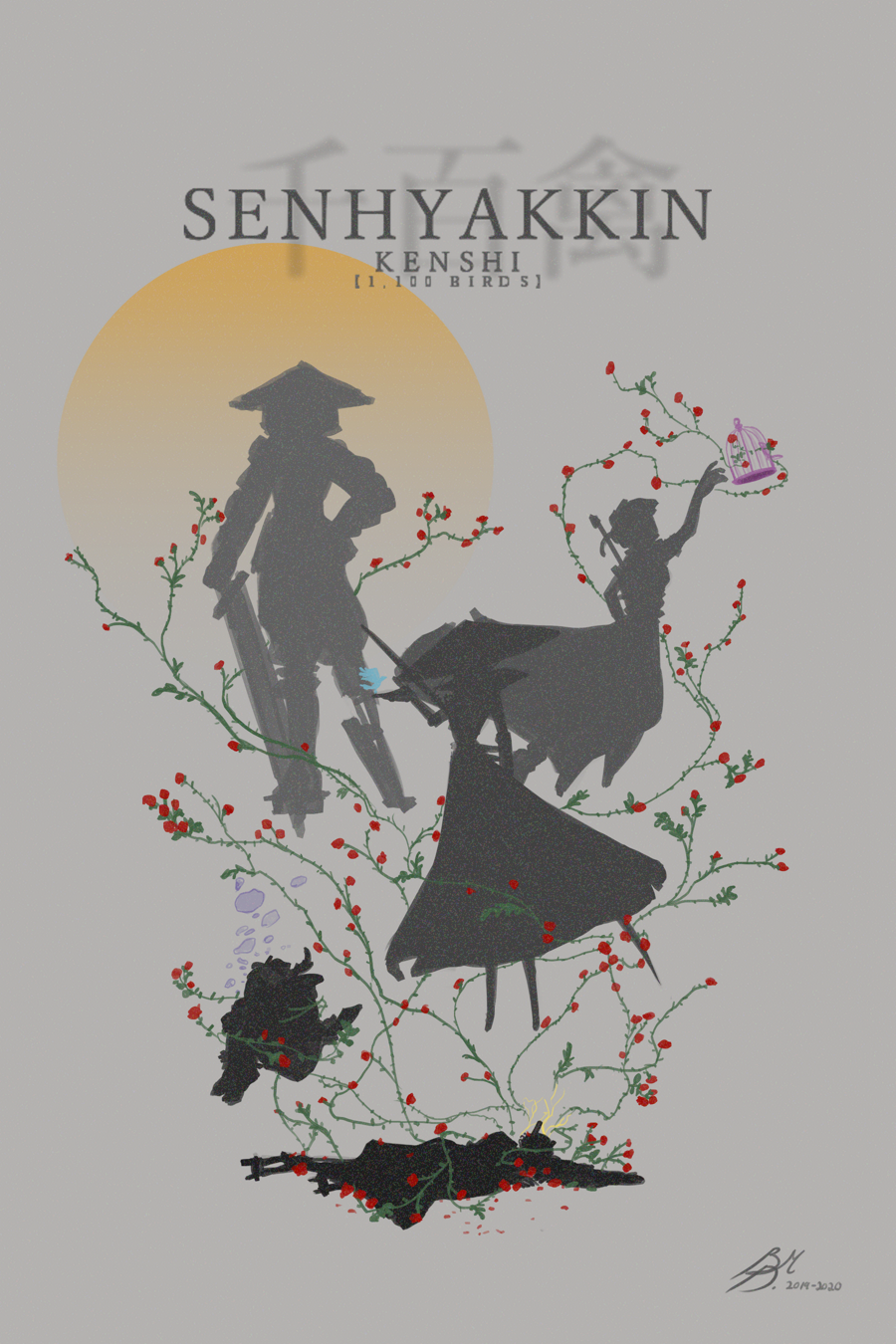 Become a Patron? |
Want to follow me on social media or see more of my art? Click the link below! bandkanon.carrd.co

Right, so uh... hi.
Thanks for checking out this comic.

I've been quietly working on this for a few months now, not really as like-- a dedicated project or anything, but to keep myself sane during troubling times. I mean, crippling depression and anxiety aside, the condition of my hands has been getting worse over time due to bilateral wrist tendonitis from repetitive lifting at my job. It's been impacting my ability to draw as frequently as I used to, and simply ruining my quality of life.

But even so, I keep drawing. Because it's the only thing that actually makes me happy.

Using all kinds of cheaty tactics like stuffing cotton balls into the palm of my compression gloves and strapping my fingers to the pen with rubber bands, even lowering the pen pressure settings so that I can draw with mere butterfly touches, I've managed to pull through and finish this one, single chapter.

One might ask, well, why waste that energy on a fan-project when you could be devoting that time to your official comic which you haven't finished, you absolute dumbass? To that, my answer is ... kinda simple:
My lack of self-confidence has been leading me to believe I will never be able to finish anything. I needed something, at least just a small glimmer of hope, to prove to myself that I can finish one thing.

So that's what I set out to do-- and I did it! Sort of. I managed to complete one 39-page chapter in-- approximately a month, so that's really saying something. The story doesn't end here, though.

I've also been working on the thumbnails for the rest of Senhyakkin (that's its weeaboo name, you can call it '1,100 birds' if you prefer that) up to a certain point in this story. I intend on finishing this damn thing within a year's time-- so no more than 12 chapters. There is a possibility of continuing it from there (because I'd be leaving it off with a multitude of unanswered questions and character growth to be done if it stops there), but that would only happen if it garners enough traction that there's actually a mass demand for it... which lbr is bloody unlikely haha.

Really, I just want to confirm to myself that: YES. You can finish things. It just takes a different approach.
I just hope to God that this actually amounts to something, for once in my life.

Anyway, now that this first chapter is out I can at least rest somewhat easy and resume work on my official project, The Third Arbiter, knowing now what I was doing wrong the whole time. That being-- I was working on each page individually. The thumbnails were all being done in batches of 10, but once I got to the actual drawing stage, I slowed down massively. It's better and more streamlined to work on everything in batches. Even if it gets tedious sometimes.

So my method to writing that story will definitely change, and hopefully for the better. Meanwhile, I still have Senhyakkin off to the side. I'm currently on medical leave from my day job thanks to the tendonitis so I've been using all that extra time to work on this chapter, but that medical leave will likely end soon (and I'm not sure if I'm actually ready lol) so that might slow down progress, but I'm hoping to get the next chapter out either next month or some time in January.

Again, thank you all for taking the time to read this. Not just this long-ass blurb, but the comic in general. Please enjoy!