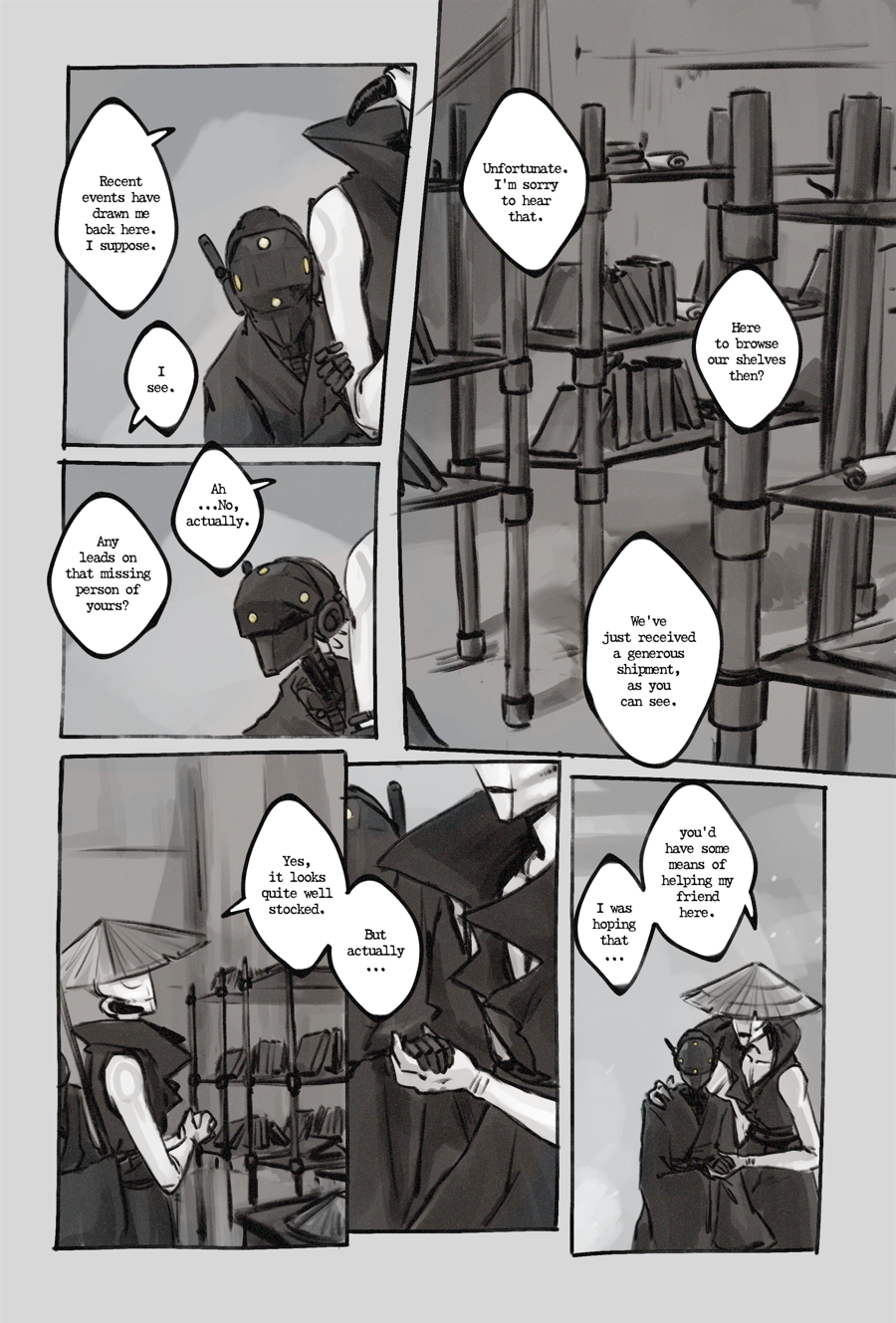 I bet they know who Kite is, and I bet they know where he is...
Leer's referred to him by name in the past, there's no way they wouldn't know who it was he was looking for. Them referring to him as "that missing person" is just... geeeee wiz
The question remains though, did they do him in?
He'll be in on it all - he's a skeleton (and one who very likely was able to function perfectly well in skeleton society). Did looking after Leer make him want to try and have them come clean? To make amends, and forgive themselves? Work towards building a better future with the humans, Shek, and Hivers?
I mean, I feel like there's also the possibility that he's some kind of big name, too. Important. High ranking maybe.
Though, I feel like the former is more likely than the latter. Why bother with looking after Leer in the first place. I imagine the other skeletons would have looked down on him somewhat for getting attached :/

For every second I spend thinking about this, a million more theories and possibilities rush through my mind