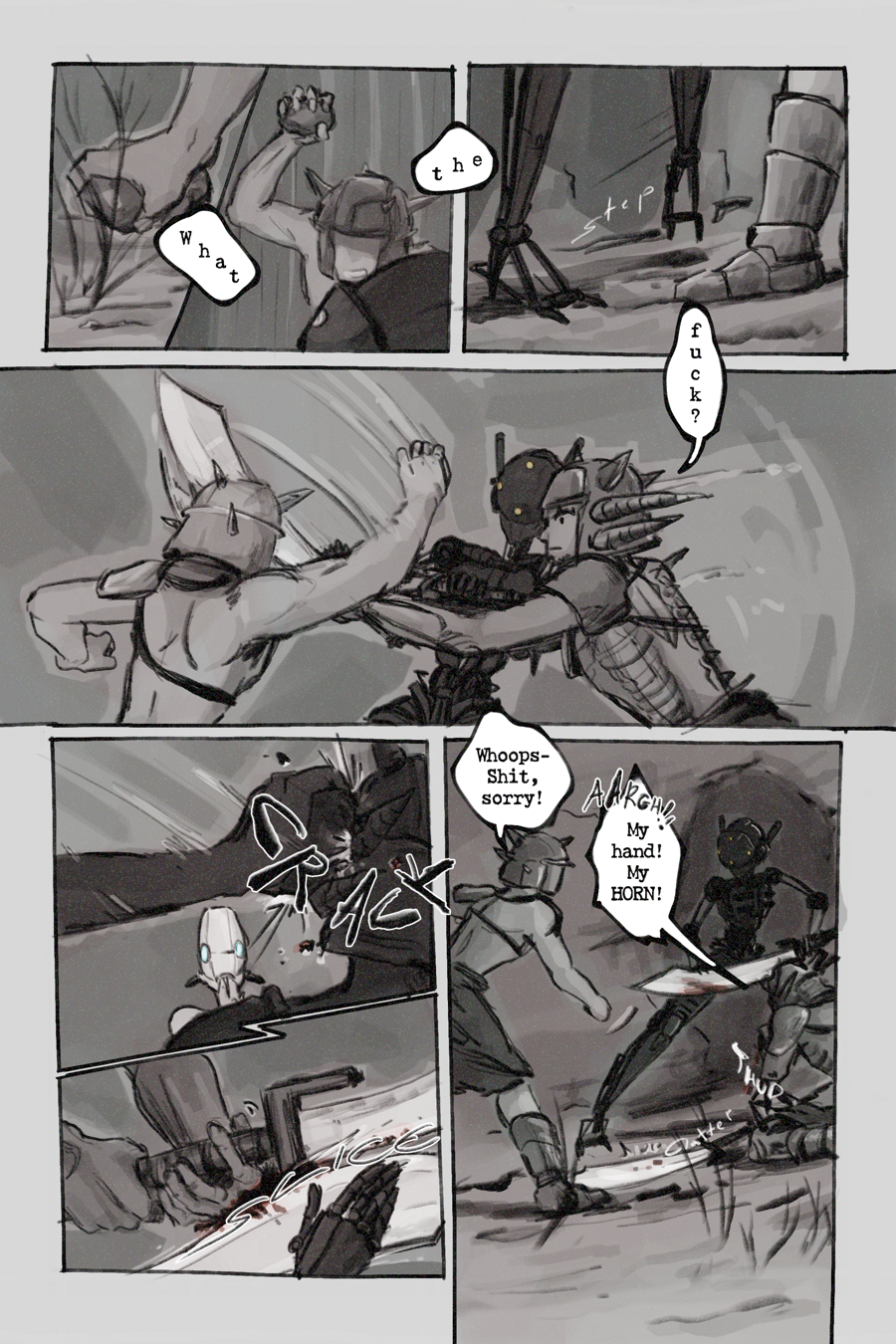 "things you can't actually do in Kenshi but happen in Senhyakkin" item #3:

Pick up rock and smash people in the head with it.

I'll be honest, this one confuses me. Previous panel is a solid close bind, then in 2 Ghost moves up and forward with his left food but isn't pivoting... then in 3 Ghost is pivoted and the bind is pushed out? I only even see one sword in 3.

I think the choreography that was meticulous until now skipped a single frame while we were looking at the feet, so now I'm lost.

Nitpick: Bandit on the right in 3 is swearing, but his mouth is closed as though he isn't speaking... making it look like Ghost is speaking. Or is it the bandit on the left swearing? But the speech bubble is on the right.

This part needed either an extra panel for the sword to fall, or the bandit could have kept the sword raised and guarding the top of the panel with only his good hand.

EDIT: Oh, NOW I get it. In pane 2 ghost stepped BACK, not forward, causing the right bandit to lunge. I think? If that were the case, it would have been the other foot stepping though...

So that means panel 4 was the left bandit hitting the right bandit, NOT robot. I should have noticed that sooner, maybe Leer distracted me in 4?