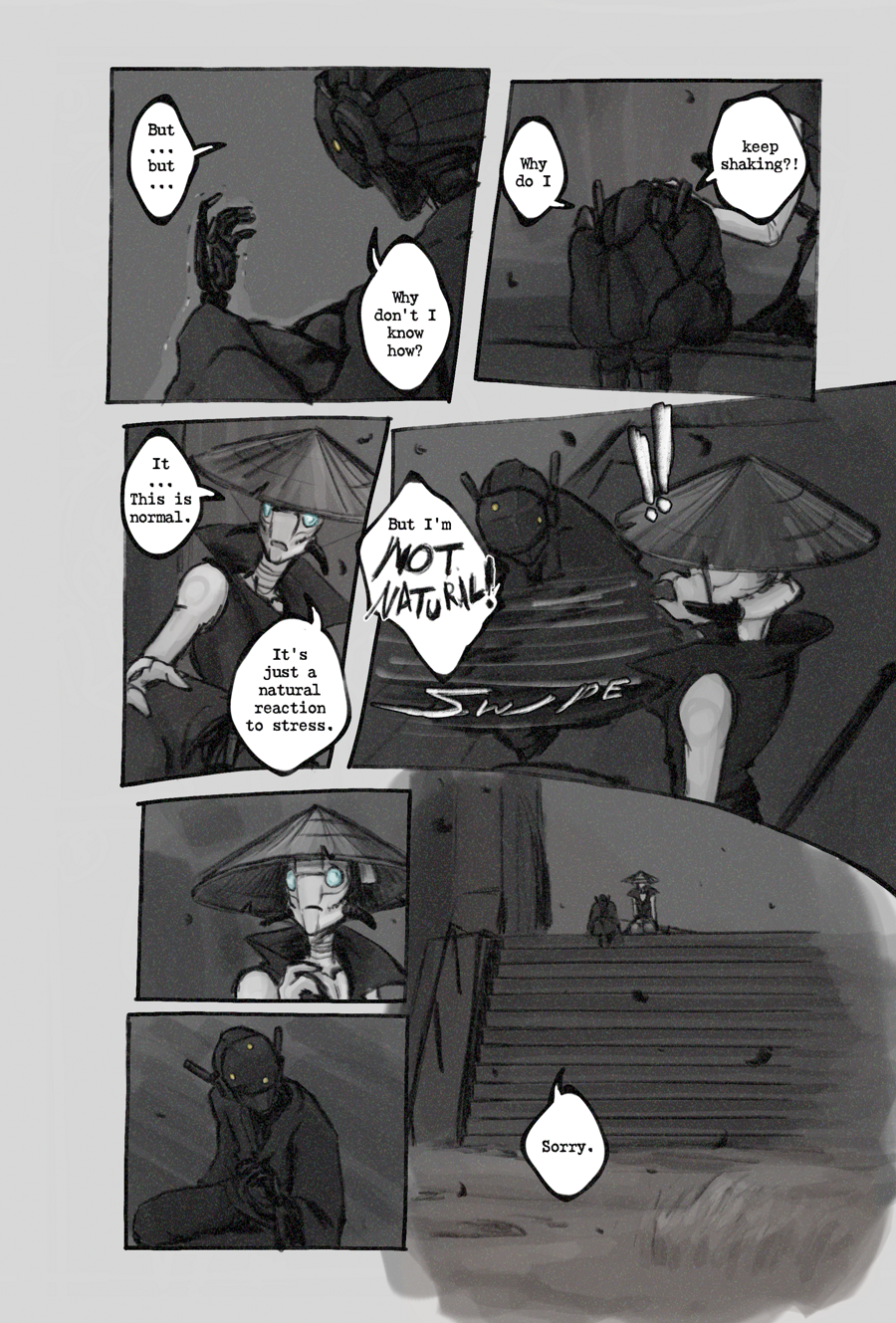 Or, maybe Ghost is a super advanced skeleton who was supposed to act as a care-taker for people, and as such, has access to a wider range of feelings than the usual skeletons. Ghost might have gone through some kind of trauma that caused him to repress all his memories of the before time so his mind doesn't explode.

I've got no idea, but ghost is certainly more person than non-person. Not so say that the skeletons aren't people... they just don't seem to have the same kind of ability to connect with people that Ghost seems to have.

Is Ghost connecting with people, or am I just seeing that because Ghost is cool?

? Seeing such postulation really does help improve my mood when I've been dragging my feet. I hope to see more like this in the future~

I agree with the "ghost was a person" theory personally. He seems to be represented as such in the dreams and he acts... well, different from how I would expect a skeleton to act.